Interview With Our Member Lamesha Sanders 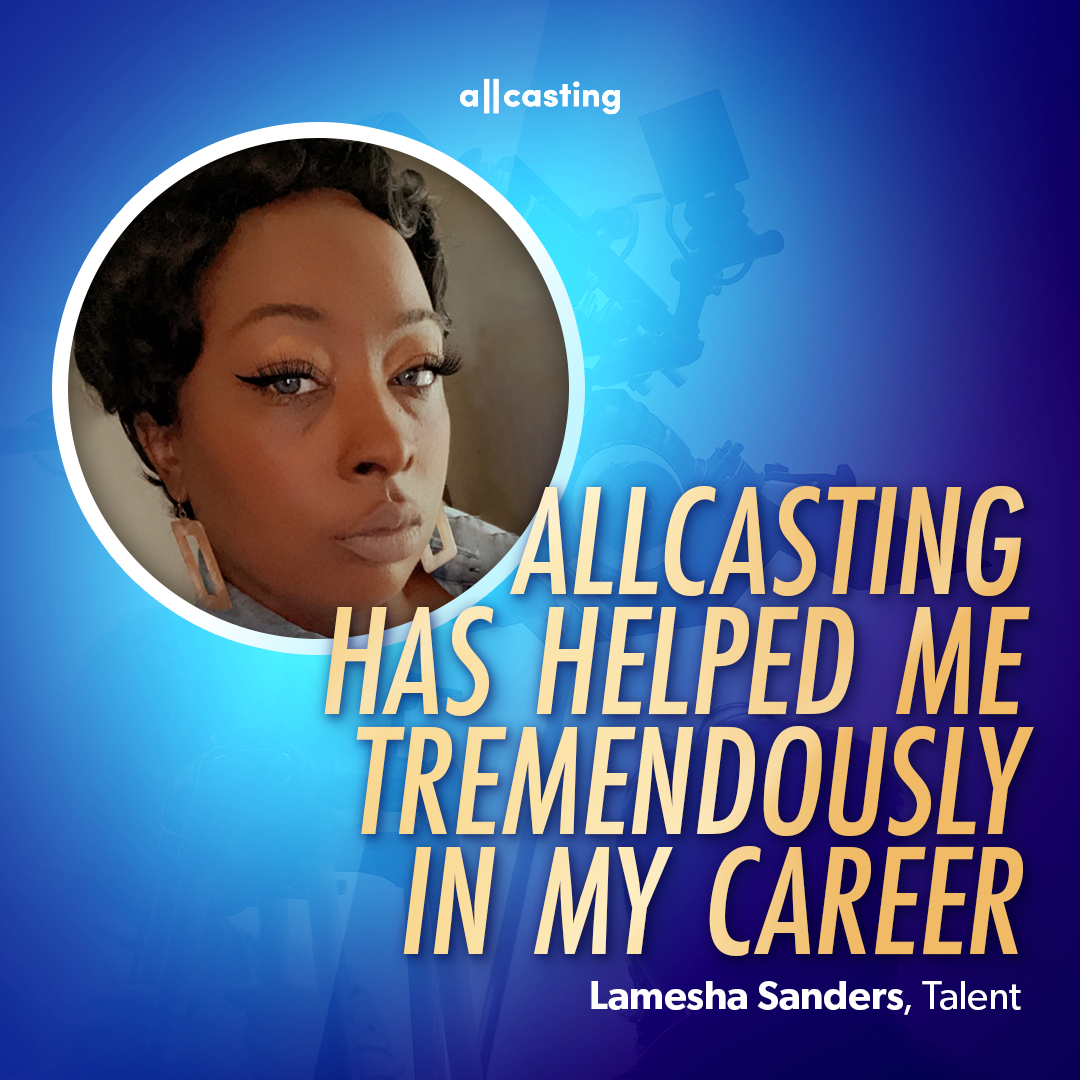 Lamesa never had any acting experience before joining allcasting, yet she has received the part in The New Color Purple musical movie featuring such stars as R&B singer Fantasia!

Read her full interview below to find out more.

Have you had any previous acting experience before signing up with allcasting?

No, I've never had any previous acting experience before signing up with allcasting.

What's your favorite thing about the entertainment industry?

My favorite thing about the acting industry is being on camera, getting a chance to showcase to the world another part of you.

How has allcasting helped you to boost your career?

allcasting has helped me tremendously in my career, getting more bookings than I ever thought I would get! Now I need to land that lead role.

What was the most exciting opportunity that you were selected for through allcasting? Tell us about it

The most amazing and exciting opportunity I've had was working with the cast of The New Color Purple musical movie! It was the greatest experience ever being in-camera with people I never even thought I'd meet in life. It gave me that push to keep going forward and not give up. I was in the room with the amazing Fantasia and a few more stars.

How do you feel after a shooting day? What do you enjoy most about acting?

The shooting day was long, but it was an experience of a lifetime. I enjoyed getting dressed up for that era of time and bringing it back to life.

What would you say is the most challenging for you in the acting industry?

The most challenging thing for me in the acting industry is getting a lead role with a major production company, but I will never give up. I've actually signed up with an actor from Tyler Perry's hut shows, the oval. I won't say the name just yet, though. Hopefully, this will help take my career to the next level.<br>

Would you identify any actors in the industry as role models?

My top role models in this industry would have to be Angela basset, will smith, Samuel Jackson, Jim Carrie, and plenty more, to name. <br>

What is one movie/tv show that inspires you?

A movie that inspired me the most was Will Smith's pursuit of happiness. Wow, that movie taught me never to give up on a dream, be patient, and work hard every day for what I want to achieve.

What advice would you give to others who aren't sure how and where to start?

My advice to anyone looking to get started would be to sign up for all casting and pay the money. It's worth it! Nothing comes free, and faith without work is dead keep pushing! allcasting started me to a future of greatness. I won't give up! You will see me on the big screen with a major production company.